I’ve often wondered why less people know the story of Hezekiah, King of Judah. His father was a terrible king, and his son Manasseh was maybe the worst king ever, but Hezekiah was a man of faith and action. During his reign as king, some of the most incredible things happened that are recorded in the entirety of the Old Testament. I know that the books of I and II Chronicles can feel like a complete re-hashing of stories we’ve already seen, but I love that we are closing the Old Testament portion of our Read Together plan by remembering the tales of King Hezekiah.

Reality is, this isn’t the second time we’ve come across Hezekiah’s story… it’s actually the third! He was so intricately connected to the Prophet Isaiah that his story is told in the Book of the Kings, The Book of Isaiah and The Book of Chronicles. During a time of the Old Testament when the Kings had gone awry and the focus was clearly on the work of the prophets, Hezekiah is a King that the Lord trusted, honored and prospered. 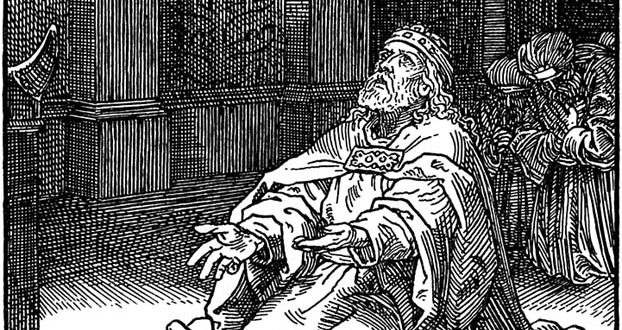 The first thing we read about this amazing king is significant…

In the first month of the first year of his reign, he opened the doors of the temple of the Lord and repaired them. 2 Chronicles 29:3 NIV

The First Month… of the First Year. Basically, this guys wastes no time. He started day one by pursuing God’s will, God’s ways and God’s agenda for his people. This challenges me. I probably procrastinate more than I like to admit, and sometimes when life gets tough it is easy to shirk off responsibilities, but I want to be more like Hezekiah. As we read on through chapters 29 and 30, we actually see a few things happen immediately and he continues to push for all God has for his people. in verse 10, we see Hezekiah make his intentions quite clear, “I intend to make a covenant with the Lord.” By verse 20 we see that he doesn’t wait for the sun to come up, he starts early the next morning with the work of purifying the temple, paving the way for God’s presence. They worship, they celebrate, the rededicate themselves to God, and even when some people show up late to the party and unprepared, Hezekiah prays that the Lord would accept them according to the desire of the hearts for God, and 30:20 tells us “The Lord heard Hezekiah and healed the people.” Wow.

I would encourage you to continue reading the story from 2 Chronicles 29-32. It’s an amazing display of the Lord’s faithfulness as Hezekiah lived in a way that honored God. God honored prayer after prayer from this great man. Hezekiah was ill to the point of death, and the Lord heard his cry and added 15 years to his life. The king of Assyria came and threatened the people, and when Hezekiah prayed the Lord sent an angel that wiped out the whole Assyrian army in one night – 185,000 of them at once.

More than anything though, I want to be known as Hezekiah was known. He saw God do mighty things, but 2 Chronicles 31:21 takes the cake for me…

In everything that he undertook in the service of God’s temple and in obedience to the law and the commands, he sought his God and worked wholeheartedly. And so he prospered.

I pray that the Lord would give us the tenacity and intentionality of Hezekiah, to see His name made famous and his power displayed among us.